The Best Roman History Books of 2023

Are you looking for the best books on ancient history in Rome? Are you struggling to find good books about the Roman Revolution? If you can answer yes to either question, then you have come to the right place.

If you thought that ancient Rome was all gladiators and togas, you are sadly mistaken.  Fortunately for us, Roman history is not like an episode of Hercules. Instead, you are a history student seeking information for an assignment or simply a historian or educator looking for texts to supplement your lectures. This is a robust list of the best books on ancient Rome.  These texts will present an in-depth picture of what life in Rome was like.

However, in addition to providing you with an exceptional list of books, we will also provide you with tips on how to choose your Roman history books.  Though this is a great list, there are several options outside of the items listed here.  All you have to do is keep reading for an abundance of information.

If you want to just get back to studying, get our top pick for roman history books here.
Our Top Favorite

Our Top Runner Up 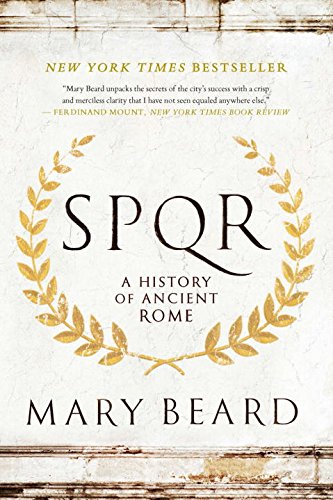 SPQR: A History of Ancient Rome by Mary Beard

SPQR: A History of Ancient Rome is considered to be an instant classic. Mary Beard brings history to life through this text and is often recognized as one of the most respected Roman historians.  Mary Beard has taken the most notable moments from Roman history and presented them within the text.  The author doesn’t just include formation on significant figures like Cesar but regular people, laws, and various other topics. The book ends in 212 AD.

SPQR: A History of Ancient Rome
−11%
Check Price on Amazon 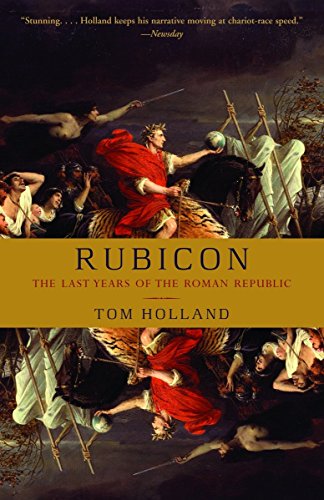 Rubicon the Last Years of the Roman Republic by Tom Holland

Rubicon, the Last Years of the Roman Republic, provides a historical account of Rome moving from a republic to an empire. The book gets its name from the Rubicon River, which Julius Crossed with his army to begin the war, which took Rome on the path to an empire. The text even won the Hessell-Tiltman Prize in 2004. 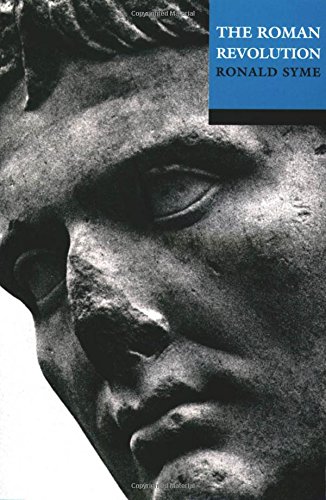 The Roman Revolution by Ronald Syme

The Roman Revolution follows the fall of the Roman Empire and the decline of Rome’s freedom.  This limited freedom took place between 60 BC and AD 14.  The text also follows the rise to power of the Roman Emperor, Augustus. This text has been considered highly controversial due to many of its opinions.  Throughout the book, Syme argues that Augustus was doing what was needed to restore order for the people. Many readers have often described Syme and his work as cynical. However, that is an accusation you will need to judge for yourself. 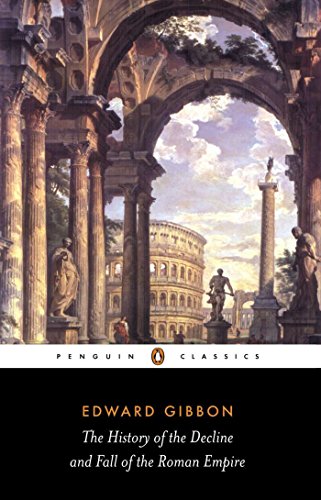 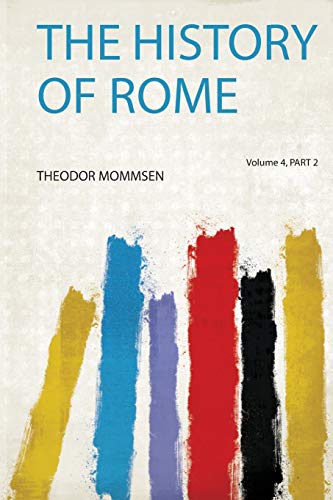 The History of Rome by Theodor Mommsen

The History of Rome is a multi-volume text covering the history of Rome. It was initially published as three volumes between the years 1854–1856.  A fourth volume was later added in 1992. This volume was based on several notes of Theodor Mommsen, which were found by his students.

The History of Rome
Check Price on Amazon 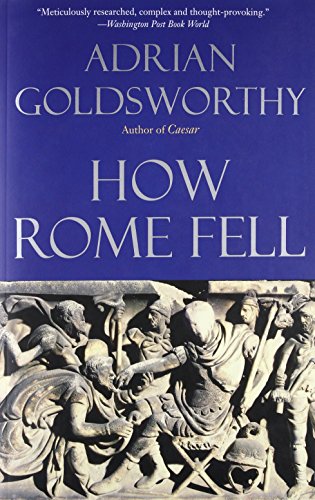 How Rome Fell: Death of a Superpower by Adrian Goldsworthy

Adrian Goldsworthy presents How Rome Fell: Death of a Superpower.  The text combines information with analysis to provide an exciting account of how the Roman empire fell.  The book is written with extreme clarity and is perfect for students studying Roman History.

How Rome Fell: Death of a Superpower
Check Price on Amazon

How to Choose the Best Roman History Book for You

Choosing the perfect Roman history book doesn’t always have to be a chore though it may sometimes feel like one.  Instead, it can be a fun and insightful process but not without some effort on your part.  Before you can even begin to choose which book is right, you need to know what it is right for.  Here we will provide you with an abundance of information and questions you can utilize when picking books on the Roman Revolution and beyond.

Simply searching anything concerning the Roman Empire, the revolution, or anything similar will yield a high number of textbooks for you to sift through. However, there are ways to determine if a text is right for us as well as ways to do your search as limited as possible.

What type of book are you looking for?

What is my current level of expertise?

One thing you should be mindful of is not picking a text that is out of your league. Though you may be a great reader, many of these Roman historical texts can get dense and become hard to get through.

If you know that reading a one-thousand-page text is unrealistic, don’t try to do it. One of the worst things you can do is pick a text which is at an expert level, and you are a beginner. You should select a book that corresponds to your level of understanding. Though it is good to challenge yourself, don’t overwhelm yourself.

What viewpoint does the book take on or provide? Is it objective?

Many readers have strong opinions about events in Roman history, especially the influence of Christianity and its effect on their culture. For many, this is a controversial subject.

For this reason, some readers may feel that textbooks can too biased or take on a viewpoint they are not interested in reading.  It’s important to remember that every book will not be for you.  You may consider a book to be too liberal or, on the contrary, too conservative in the information it brings forth.

The books on this list contain massive amounts of information regarding Roman History. They can be used inside and outside of the classroom. They have been used as study resources, reference texts, and so much more.  Even if you are not a student and simply have an interest in Roman History, these books can aid in that journey.

However, before any of these texts can be a help, you must choose the one which is right for you, and this can only begin when you know what it is you are looking for. To come to this conclusion, you must ask yourself a series of questions regarding your intent. Once you have taken the answers to these questions into account, you are ready to pick a resource.

SPQR: A History of Ancient Rome by Mary Beard is a superb text to read if you are attempting to brush up on the history of the Roman Empire.  This is a text which all levels can still learn from.  Another great read is Rubicon, the Last Years of the Roman Republic. This text is often recommended as a supplemental text for high school and college students, which elaborate on the fall of the Roman Republic.

Though some of the texts on this list are not the easiest read, the historical knowledge you will receive is unmatched. No matter what book you choose, we hope that you are fully prepared to enter the ancient world of Rome.  Remember, there is no perfect text. Instead, you must figure out what fits your needs and go with it.

If you enjoyed this post, you’ll love our history book reviews here.

Here are a few other history book reviews you may find interesting:

> The Best Books about Canada